Good morning everyone from sunny Austin, Texas and welcome to the first on-track open test of the inaugural season of the 2018 RedBull Hypercar Series.

Ever since the purchase of the nearly-defunct Indycar series by RedBull in late 2016 and the subsequent debut of the RedBull X1 chassis as the spec chassis for the new RBHS, fans have flocked to to the internet, track, and television to get their first impressions and follow the development of this amazing “hypercar” powered by a very unique, hybrid propulsion system. 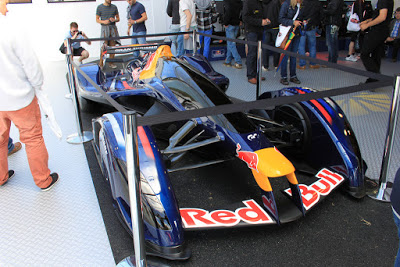 Fascinated by cutting-edge auto-racing, yet also unhappy with the fractious divides, polarization, and lack of transparency in the governance of F1, RedBull founder Dietrich Mateschitz vacated his teams and money from Formula 1 and devised his own series, and made an audacious offer for the failing Indycar Series that the Hulman and Company board could not refuse.

The concept for the new series, born out of the twilight of the Indycar Series following the 100th Indy 500, was to open a new outlet for forward-visioning, single-seat, monocoque, single-spec chassis, incorporating a hybrid propulsion of various internal-combustion motors and electrical motor systems.

Multiple settings will exist for the motors and even can be altered during the race based on strategy and in-race conditions. Teams will be allowed to devise their own fuel of choice prior to the race (from traditional ethanol, methanol, compressed natural gas, or biodiesel) and also their own downforce configurations from the bodywork options as well.

Paid winnings will also be coupled with a points system including a graduated bonus system for minimal energy input usage.  A baseline for energy units (combustible fuels or electrical storage in the battery configuration) will be established for each race. Teams exceeding the baseline will receive a graduated-scale of reduced winnings while teams staying below the baseline will receive an increasing scale of bonus winnings and points in addition to their placement payout. 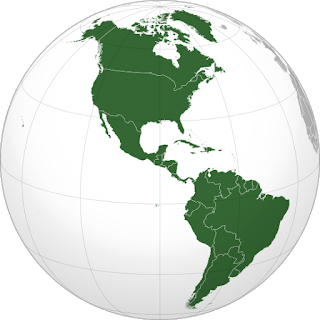 The new Redbull Hypercar Series will incorporate sprint and endurance racing, and span two divisions (one each in the South and North American continents) culminating in the Inaugural Championship of the Americas to be held at Circuit of the Americas near Austin, Texas in October 26-28, 2018. Each division of the Series will contest their own race series. Based on the results of those ‘seasons’, each division will produce 8 contestants for the final Championship race with a purse of US$20 million going to the winners.

Several existing racing teams from the former Indycar series have shown up for this weekend’s testing fielding multiple cars piloted with an illustrious list of drivers for the new series.

In the North American Series, 12 events in the US and Canada will be held on a variety of race circuits, and run from May to late-September. The Central and South American series will see 8 races hosted in Brazil, Argentina, and Mexico, with the season running from July to September.

The Top 8 teams from each division will contest the final 6-hour race at COTA with the Champions receiving the all-new traveling RedBull Hypercar Cup Trophy.

The inaugural 2018 season will launch in North America at Mazda Laguna-Seca Raceway on May 5th, with stops at Indianapolis on May 27, Road America on June 9. Night races also feature in the North American series including stops at Daytona International Speedway (road course) in late June, and again in Indianapolis for a 12-hour endurance race on the road course in late-August.

Excitement and interest in an American racing series has not been seen like this for decades. Citing pre-sales of tickets already well-beyond 50% capacity at many of the venues, RedBull expects the inaugural season to be a success with likely expansion of new divisions to Asia and Europe following in 2019.